The five-time Ballon d’Or winner had several suitors from the north American league.

The Saudi side confirmed Ronaldo’s record-breaking transfer on Friday, signing him on a two-year contract.

The move ends CR7’s spell at the top level as he edges closer to retiring from football. A number of elite players have spent the last years of their careers in MLS, and Ronaldo was also close to doing the same.

Most observers expected LA Galaxy or Inter Miami to make an offer for Ronaldo, who became a free agent after leaving Manchester United last month.

But another American side had seemingly taken the lead in the race to sign Ronaldo.

According to ESPN journalist Taylor Twellman, Sporting Kansas City came up with a convincing offer to sign the five-time Ballon d’Or winner.

Jamie Carragher has highlighted the different situations of Lionel Messi and Cristiano Ronaldo toward the end of their legendary careers.

Messi finally fulfilled his dream of winning the World Cup as he lifted the trophy in Doha. Ronaldo, on the other hand, missed out on his last chance to claim the title after leaving Manchester United mid-season.

On Friday, the 37-year-old joined Al Nassr as a free agent to continue his career at the Saudi side.

Carragher, who has been a vocal critic of Ronaldo since he arrived at United in 2021, has criticized the former Real Madrid star for his explosive interview with Piers Morgan.

“In some ways it’s a sad end for him,” Carragher said on Sky Sports.

“Two of the greatest players of all time in Messi and Ronaldo. That debate has always been there.

“Ronaldo has finished his career with an interview with Piers Morgan

CR7 starts a new chapter in his career by joining the Saudi Arabian side.

Cristiano Ronaldo has joined Al Nassr on a contract until 2025.

After weeks of speculation over Ronaldo’s next club, Al Nassr confirmed they reached an agreement to sign CR7 on Friday.

The 37-year-old joins the Saudi Arabian club as a free agent as he becomes the highest-earning footballer in the world.

Widespread reports in English media claim Ronaldo will earn £175 million a year at his new club.

The club’s official account latter added: “History in the making.

“This is a signing that will not only inspire our club to achieve even greater success but inspire our league, our nation and future generations, boys

Ronaldo completed a sensational return to Man Utd in August 2021. CR7 became the club’s top-scorer as he maintained his brilliant form last season.

However, Erik ten Hag’s arrival in the summer started his struggle for minutes at Old Trafford. Ronaldo hit out at the Dutchman for “not respecting” him in a fiery interview that ended his Man Utd career.

But Eriksen believes that won’t hurt the 37-year-old’s remarkable legacy at the club.

“First of all we are sad that Ronaldo is not part of it. His legacy and his name at any club is special, for me to be fortunate to play with him in my career was very nice,” Eriksen said.

“The football goes on. You feel that the next game after, people will 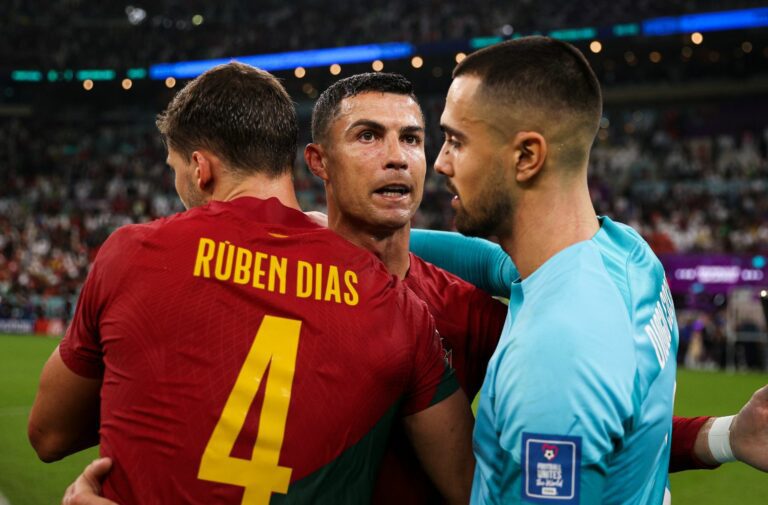 “Ronaldo is someone who