All assistants will have a turn throughout the season but Ferentz drew the first stick. It was timely, too, considering that the Hawkeyes’ offense is the main topic of conversation ahead of Saturday’s Cy-Hawk battle with in-state rival Iowa State.

All eyes were on Iowa’s offense last Saturday after an off-season of speculation and building optimism that 2021’s issues were a thing of the past.

And then Iowa’s offense took the field and the heartburn among Hawkeye Nation returned.

Against an FCS team in South Dakota State, Iowa’s offense was a mess. It finished with 166 total yards, went 4-for-17 on third down and had zero touchdowns in a 7-3 win.

“Certainly a little bit frustrating, a little disheartening to go out and perform that way,” Ferentz said. “Didn’t feel like we executed at a high level. I think that was that was certainly obvious. The good news is you get on the tape and the first thing you’re worried about is are we having issues with effort or attitude? That’s certainly not our problems right now. Everything that we saw on tape as we studied it, we feel like you know, we can go back to work and correct.”

Ferentz took the blame for Saturday, acknowledging “when things aren’t going well, trust me, it’s my fault.” He then touched on several topics from Spencer Petras and Alex Padilla, Iowa’s top two quarterbacks, the offensive line and more. Here’s what he had to say ahead of Iowa’s rivalry game against Iowa State on Saturday:

Senior quarterback Spencer Petras had a particularly disappointing day on Saturday, completing 11-of-25 passes for 109 yards, an interception and a 1.1 QBR. He put a considerable amount of time into off-season improvement, but Saturday’s performance showed the same issues as previous seasons.

Naturally, the calls from the outside for a quarterback change have been loud since about halftime of last Saturday’s game.

Ferentz understands the gut reaction is to panic, but he’s not there yet.

“You have to look at it and say this is a 12-game season,” Ferentz said. “What we need to do is find a way to improve from week one to two and let’s make sure that some of those fundamental things that we had corrected that we’d worked through in the offseason, we can go ahead and push those through into a game environment.”

How much did those fundamental breakdowns contribute to Petras’ tough day?

Quite a lot said Ferentz.

“The reality is when his feet were set and he was delivering the ball the way he should, there weren’t any issues,” Ferentz said. “When the fundamentals weren’t quite there, there were issues. I think it gets delved into and analyzed at the quarterback position and rightfully so. But the reality is for any of the 11 guys on the field on either side of the ball or on teams, that’s what’s always gonna come down to it’s going to come down to fundamental issues.” 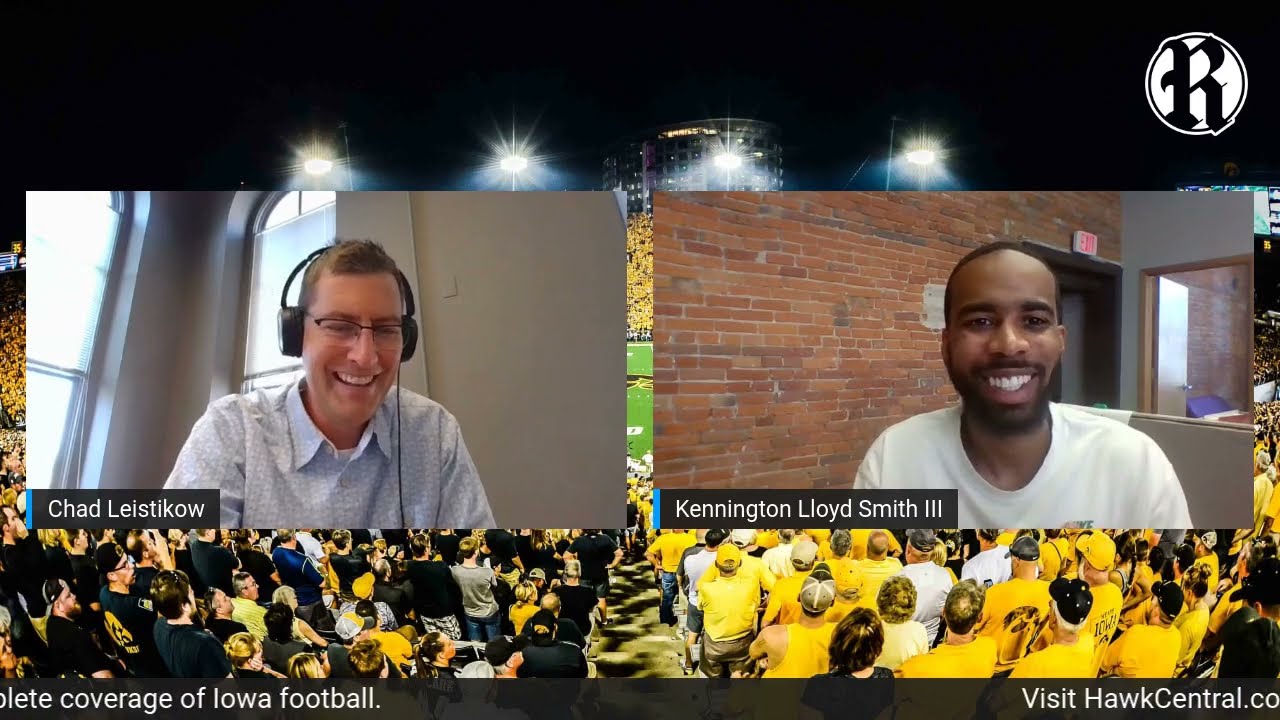 Ferentz was asked how much of the offensive line’s struggles attributed to Petras’ struggles passing the ball. South Dakota State recorded two sacks and two quarterback hurries on Saturday.

For the most part, he felt like pass opportunities were there.

“What percentage (of blame), it’s hard to say frankly,” Ferentz said. “I felt like after watching the tape, the majority of that game we had ample opportunity in the pocket to deliver the ball and do what we needed to do as far as making the read and getting the ball to the correct guy on time. So was the protection perfect? ​​No, but if you’re waiting around for perfect protection, you’re not going to be happy with it ever.

“I think a solution is very simple. We all need to do our job better at the end of the day, and that’s really what we’re focusing on right now.”

Where does Alex Padilla fit into this?

Ferentz didn’t entertain hypotheticals about what it would take for junior Alex Padilla to replace Petras on Saturday.

But he does believe Padilla, who started at times last season when Petras was injured, can do the job if called upon.

“Do I have faith and have faith in both players? I do, and that’s unwavering,” Ferentz said. “Even after Saturday, I feel very strongly about both guys. And I certainly understand the thought, but the reality is at the end of the day we view the quarterback position in a way that we don’t want to be juggling. We don ‘t want to do that.”

Padilla completed 49% of his passes with two touchdowns and two interceptions in five games last season (worth noting: he did have a 17.6% drop rate compared to Petras’ 6.9%). Comparatively, Petras has one touchdown to four interceptions and a 50.4% completion percentage in that same time.

What will it take for Padilla to play? That remains unknown.

For now, the belief is Petras gives Iowa the best chance to win.

“We do have confidence in both players,” Ferentz said. “Alex has gone in there in a relief role and in a starting role and won game games for us, and the reality is Spencer has done the same thing. So we feel strongly that both guys can do it. Right now, we’re trying to go with the guy that we feel gives us the absolute best chance to win.”

Quick corrections on the offensive line

Echoing what Kirk Ferentz said on Tuesday, Brian Ferentz believes the offensive line played with effort, but circumstances like new players in new roles and positions held up progress.

That’s no excuse for their spotty play, but Ferentz is looking at the group from a full-season perspective than one game.

He believes there are quick fixes for obvious Week 2 improvement; among them are stronger first steps off the line, better eye placement, some conceptual work and eliminating first-game jitters.

Sophomore center Logan Jones is the catalyst for much of the line’s play as the leader in the middle. Ferentz, a former center, understands Jones’ struggles in the first game with cadence and other things but isn’t concerned about his growth, or the line’s moving forward.

“I know how those things feel and the reality of Logan Jones is going to be just fine,’ Ferentz said. “We have a lot of guys like Logan Jones that are going to be just fine. You work through some of these things and you learn how to go back to work and fix things and improve them. That’s what he’s focused on right now. And I expect him to continue to grow as the season progresses.”

Much of what Iowa can do offensively is hampered by the fact that they’re missing several contributors at wide receiver. Keagan Johnson, Nico Ragaini, Diante Vines are all out and true freshman Jacob Bostick, who missed Week 1, is uncertain for Saturday.

“I do expect to jump from Week 1 to Week 2 with some of the guys,” Ferentz said. “Alec did a nice job went in there and we had a third down (pass) to him at the end of the game that certainly would have been a terrific catch. It wasn’t a good ball, the placement was poor. He really had to extend for that one; otherwise I think we’d be talking about that completion as a conversion and you may walk out feeling just a little bit differently about his contributions. But I feel like both those guys have practiced very well dating back to the spring and made a lot of progress.”

Help may be on the way in the form of sophomore Brody Brecht. Injuries have prevented the two-sport athlete from carving out a role on offense. He’s back now and Ferentz expects his role to increase this week.

“Brody’s a guy that unfortunately missed a lot of time and in fall camp,” Ferentz said. “He has been able to work his way back in over the past couple of weeks. So certainly anticipate his role increasing and his contributions increasing as well.”

Kennington Lloyd Smith III covers Iowa Hawkeyes football and men’s basketball for the Des Moines Register. You can connect with Kennington on Twitter @SkinnyKenny_ or email him at [email protected]