“The pillow is for a restful sleep and not designed for extended periods,” Scott Boras tells The Athletics.

One of the most powerful sports agents in the world, the former baseball player turned leading talent broker is also an inventor.

“The ‘pillow contract’? Yeah, I created that,” he says.

But what are they, how do they work and why are they becoming more relevant in English football?

His stock was high after a successful loan spell at West Ham in 2020-21 but then his final year at Manchester United didn’t showcase his talents in the way he would have wished. Instead of taking a longer-term deal elsewhere — David Moyes wanted him back at the London Stadium — he chose to sign a 12-month, highly lucrative deal at newly-promoted Forest. 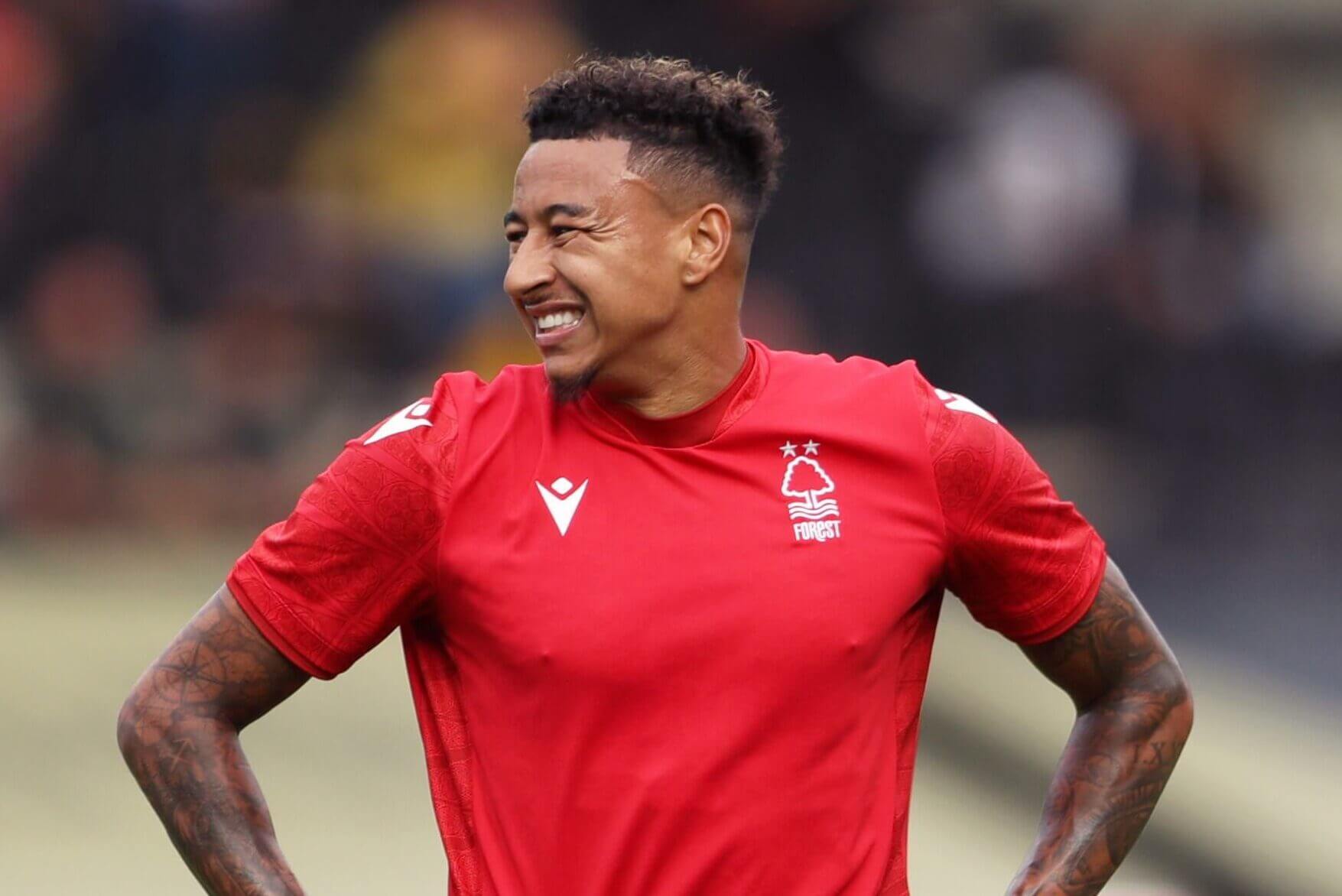 Forest get an England international with no commitment to continue paying him Premier League wages if they do not survive in the top flight next season, and Lingard effectively batches on himself to succeed and gain another well-paid deal next summer.

The Athletic has spoken to a host of football stakeholders, including agents, former players and those working in recruitment roles at clubs, to discover whether so-called ‘pillow contracts’ — short-term deals sometimes also referred to as “make good” contracts — will become more commonplace in the English game. The sources have asked to remain anonymous to protect their players’ best interests.

So will we be seeing more pillow talk in the Premier League in the years to come?

“I wanted fans to understand that when you do things on a short-term basis, just one year, you’re doing it for immediate comfort and long-term benefit,” Boras explains. “You’re deciding to give a player a comfortable place, a restful performance opportunity, hence the name “pillow contract”. It’s short term, designed for optimization or return to performance in that particular year, so he can then seek a longer-term relationship thereafter.”

The idea was conceived in 2010 when Seattle Mariner’s third baseman Adrian Beltre, then 30, reached the end of his contract and was looking to kick on his career. “It applies to a great player who’s been injured (like Beltre) or has not performed to his normal standard,” says Boras. “He was offered multi-year contracts at reduced values ​​that tried to gain favor with him with a guarantee over multiple years.”

But Boras was playing the long game. “His real valuation was triple what those three-year offers were per annum. So my advice was take the pillow contract, do the one year, and then you’ll get the six-year deal and make three times more annually if he performed to a high standard. It worked out very well.”

“In one year with Boston, (Beltre) rebuilt his value by having his best season in six years,” The Athletic’s Major League Baseball editor Marc Carig explains. “He transformed that season into the long-term deal that he wanted all along: six years, $96million (£78.77m) with the Texas Rangers, where he became a central figure in a team that won the American League pennant. He was an all-star in three of his first four seasons and wound up staying past his original deal in Texas, where he became a beloved player. His next stop will be the baseball Hall of Fame.” 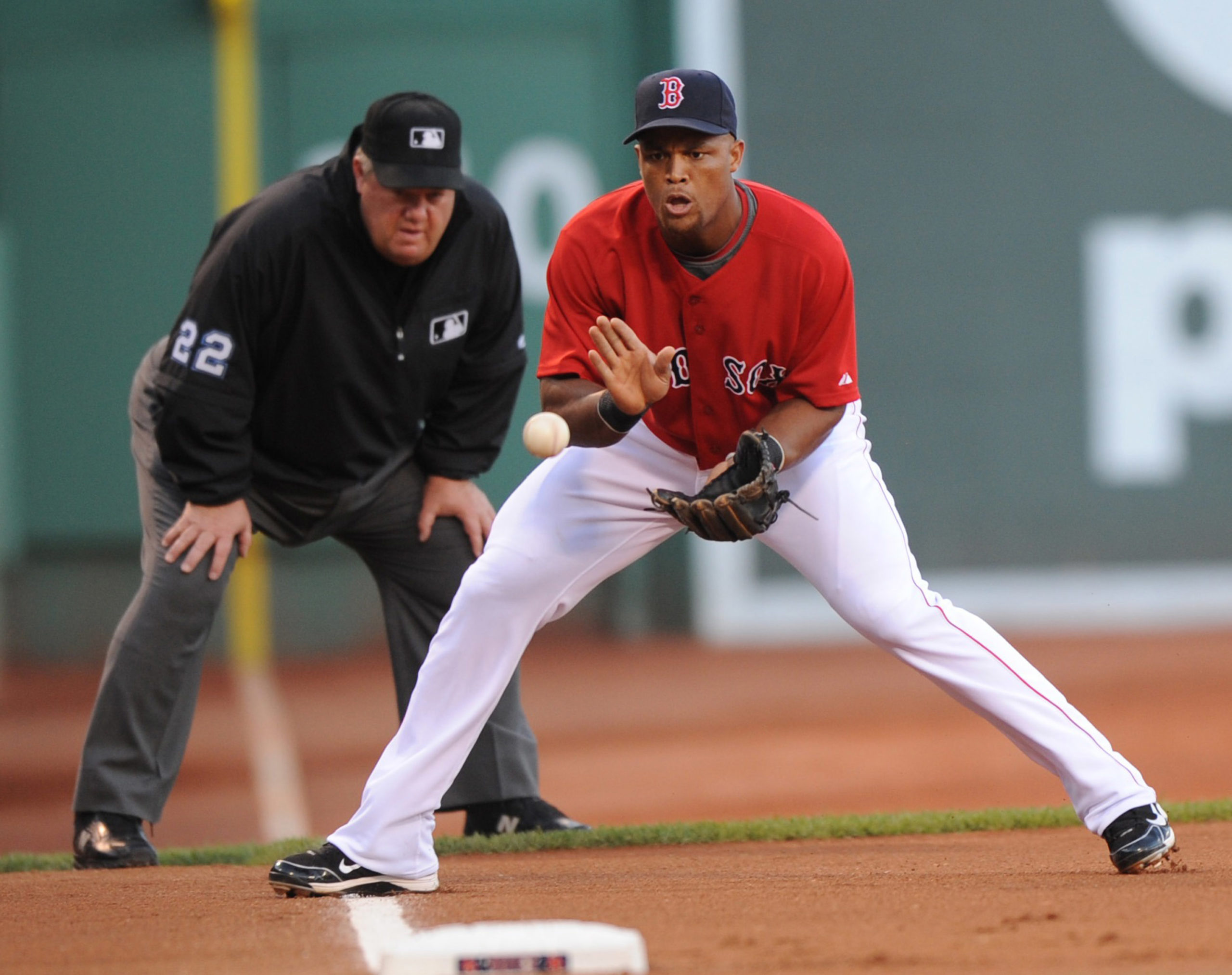 Beltre at Fenway Park in Boston in May 2010 (Photo: Michael Ivins/Getty Images)

But it turns out it’s not such a giant leap from the world of Alex Rodriguez — another of Boras’s former clients — to that of Lingard.

In England, one-year deals tend to be more prevalent for older players who are no longer liable for training compensation (paid to the club where the player came through until the end of the season in which they turn 23). They basically bet on themselves to perform in the hope it will lead to something bigger in the future.

A well-paid player who has become a free agent might take a one-year deal with a view to then going on to Major League Soccer or another Premier League team. A lower-paid footballer, however, would be looking for more long-term security.

With Lingard, Forest have taken a gamble which they hope will be mutually beneficial. He admitted in a recent BBC interview he “could have gone abroad for a lot of money” but wanted to stay in the Premier League. Being closer to his daughter was also cited as a reason, aside from wanting to prove himself again in the league with which he is most familiar. He is understood to be earning in the region of £110,000 per week with significant add-on and bonus clauses.

One agent says: “The shorter the contract, the more potential upside there is for a player and the agent if they do really well in the one or two years and then have the potential of being a free agent, or holding the cards in a renegotiation.”

“Lingard’s situation is low risk, maximum reward,” says another. “It’s the ultimate ‘back yourself’ strategy. But not all lads are capable of dealing with that pressure. For some, it brings the best out of them.”

He was keen, however, to stress the perils of deals such as these.

“There is always that (risk) because of injury and the general volatility of football,” he says. “But I think outside the significant deals which you see when a player moves for a big fee and it’s in everyone’s interest to sign a long-term deal on big wages with a steady commission over the length of contract for the agent, then there will be more and more players signing shorter-term deals.

One former Premier League footballer who now acts as a player representative adds: “There’s a lot to be said for it because a player needs to back themselves. With respect to Forest, Jesse may see it as a springboard to a bigger club, and it makes a lot of sense for a player who thinks he can make it to the top level again.”

Another acknowledges timing is everything in situations such as these. “There are pros and cons in my opinion,” he says. “If the players back themselves, it can pay off in the long term but I usually think it’s because the player thought that there was something else in the market and realized that there probably isn’t. This type of deal will work for players who have value in them in terms of commanding a transfer fee but if you can’t command a transfer fee then you are a dead asset to the market.”

Views differ in boardrooms too, with one Championship executive highlighting how pillow contracts work particularly well for clubs who have just been promoted. In one respect, parachute payments and relegation clauses in contracts mean clubs fresh into the top division are playing safe with one-year deals — even if they end up relegated.

The Athletic has seen email communication related to an ongoing transfer negotiation between two Premier League teams outlining how add-on payments are also heavily weighted towards the buying club retaining their status. The relatively small payments — in this case, two amounts of £1.5million and £1million — would be easily affordable if they stay up and a handy saving if they go down.

If a free agent signs a one-year deal with a similar deal structure based around staying in the Premier League, those bonuses don’t need to go direct to the selling club and can be paid to the player instead. This can provide extra motivation which can benefit both the player and his club.

But one Premier League technical director familiar with the perils of battling relegation is skeptical about the value of one-year deals.

“More often than not there is a good reason why a player becomes a free agent and by the time they become so, they are less desirable than they were at the time they started to run that contract down. Kylian Mbappe (at Paris Saint-Germain) is a rare exception. I wouldn’t imagine there are many examples of a one-year deal becoming a three-year deal 12 months down the road.” 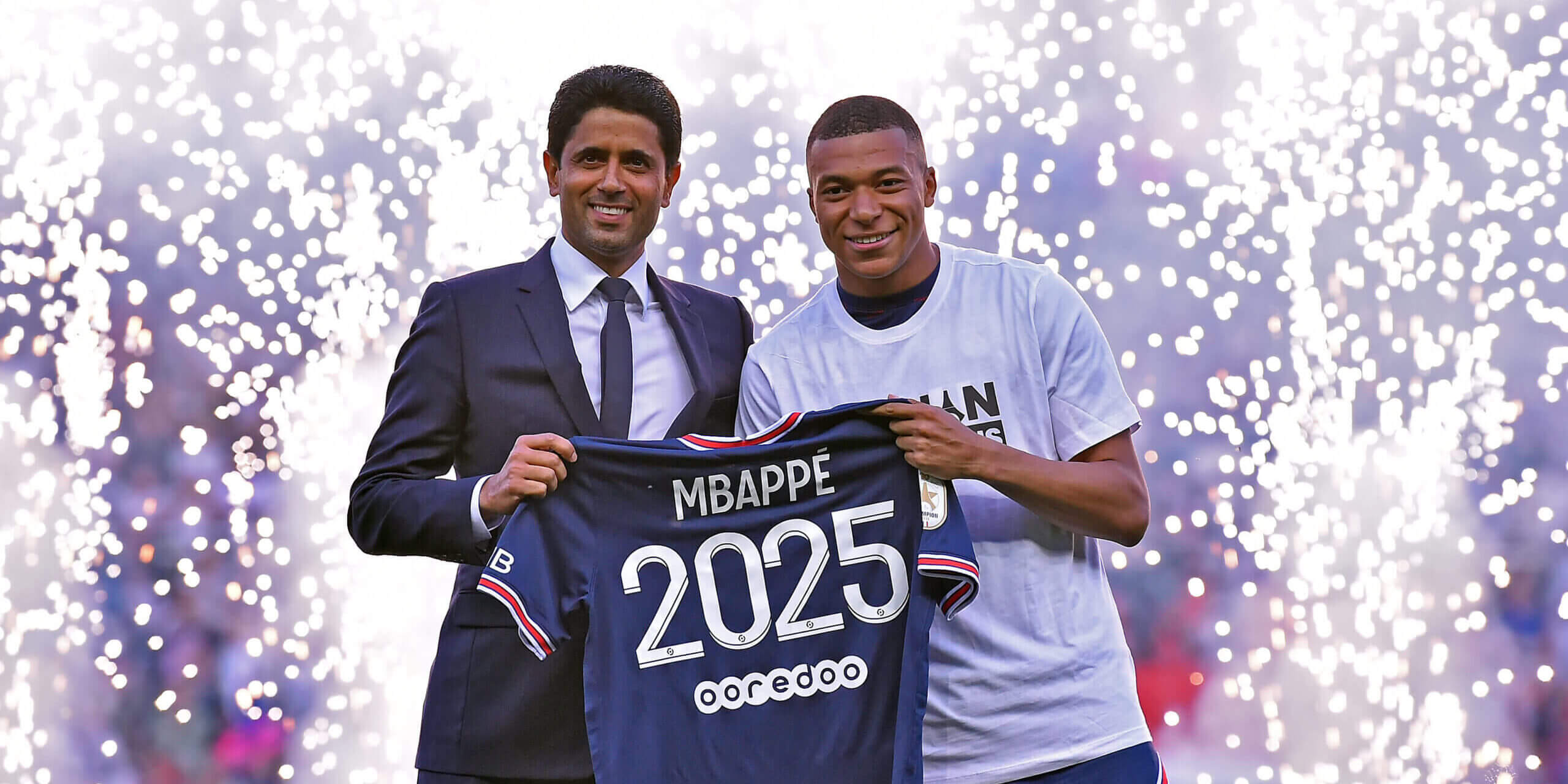 One agency recently brokered a one-year deal for a Championship player to join a lower league team. “If he gets injured, he’s in a tough spot,” says a source. “Our player hasn’t played much in the last 12 months and the hope is if he plays (the majority of the time) this season, he’ll make up for what he doesn’t get in security and wages when we hit next summer and he’s got minutes and goals in the bank.”

The underlying principle of the one-year deal is “try before you buy” — but if it goes well, the price on the ticket will go up.

“Sometimes in deals like this, the club or players find it hard to predict where they’ll be in terms of the wages they ‘deserve’ for year two, three or four and so this is a way around it too,” says one agent.

Another agent at a leading firm with hundreds of footballers kept it brief. “It tends to be relevant for players who have a point to prove. If you’re an in-demand player, no chance you get that.”

One leading football administrator sees it like this. “Switched-on agents prey on clubs’ aspirations for success in the short term and are offering players to clubs on the basis they receive an upgrade on what they have, plus it gives the player time in the shop window to get better contracts from larger clubs. It works better for international players who want to prove themselves in the UK.”

Twelve-month deals are called different things and come in various forms too.

“The Championship version of pillow contracts are loans,” says a sporting director in that division. “You only have to commit the money for 12 months so it doesn’t break your budget and you load up on a Premier League player hoping he makes the difference.”

One-year permanent deals have been struck recently in the division, too.

After his move to Club Bruges broke down, Benik Afobe left Stoke City and signed for one year at Millwall (where he had previously been on loan) and will review his situation at the end of the season. Ryan Nyamber ran down his contract at Blackburn and was in talks with a number of clubs over a longer-term contract but settled on a one-year deal at newly-promoted Wigan Athletic. Again, he and the club will take a view in May. 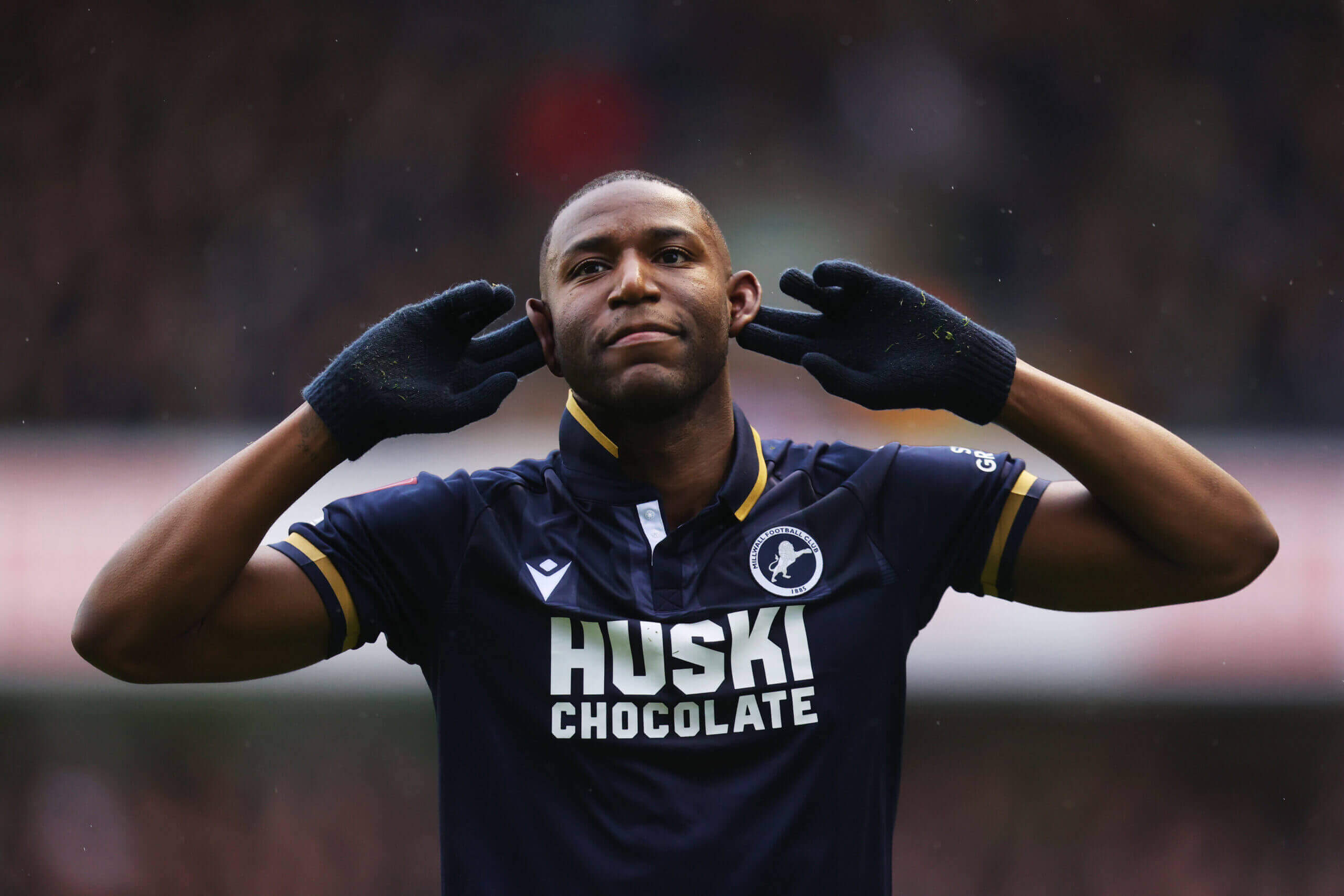 Afobe has joined Millwall on a short-term deal after spending time there on loan (Photo: Alex Pantling/Getty Images)

Asked whether he’d ever heard the term ‘pillow contract’, one agent admitted he had not but might adopt it in future.

“That’s nice to know that (it may become part of the English football transfer lexicon),” said Boras when informed. “It’s a dimension that allows for true ups in value and that creates an equity (for club and player). But I hope I don’t have to do many of them because it usually means a very gifted player has been hurt or for some reason has underperformed.”

One step at a time, but the seed of ‘pillow contracts’ may now have been sewn.